The World’s Most Endangered Animals

In 1998, 70% of the biologists surveyed by New York’s American Museum of Natural History believe that 20% of all living animal populations could become extinct by 2028. Over the past four centuries, 89 mammalian species have gone extinct and another 169 are threatened with extinction – this is estimated to only be a small fraction of the number that have yet to be identified to be at risk.

There are many more species that are endangered or threatened with becoming endangered. This week, Bali Safari Park talks about the world’s animals that are considered to be at extreme risk of extinction. 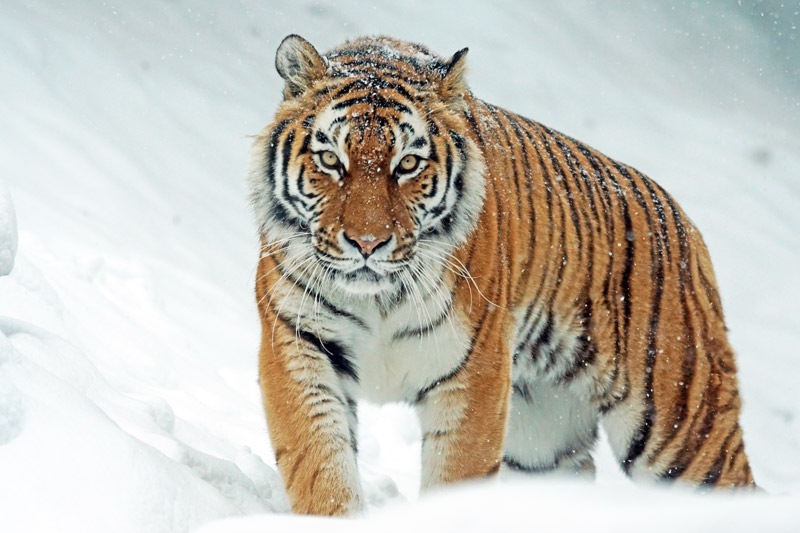 Tigers once roamed all over Asia. Unfortunately, the numbers today are dangerously low and more tigers exist in American zoos than in the wild in Asia. The Siberian tiger in the wild are facing major threats, such as poaching and loss of habitat due to human encroachment.

Closely related to chimpanzees, bonobos are remarkably social and tend to be more peaceful than chimps. They are found only in the rainforests of the Democratic Republic of Congo. Aside from the limited range of their habitat, the bonobo’s greatest threat is poachers who kill and sell them for bush meat.

These China-based species is endangered due to loss of habitat and fragmentation of their habitat due to agriculture.

With a range that covers all the world’s tropical and sub-tropical seas, the hawksbill turtle population has decreased by 80% over the last three generations. They are facing an ongoing threat from tortoiseshell trade. Habitat destruction by human beach front development, excessive collection of their eggs, and poaching for meat are also major threats.

Existing only on the wild on the Indonesian island of Sumatra, the Sumatran orangutan’s population has diminished by 80% due to human encroachment of their forest habitat for timber and agriculture.

In the 20th century, over 750,000 fin whales were killed and hunted almost to extinction until the intervention of the International Whaling Commision’s ban in 1976. Today, there are 30,000 fin whales in the world’s oceans.

Once ranging from Eastern Asia, the Amur leopard is now extinct in China and the Korean peninsula. Poaching and human encroachment into the habitat of the Amur leopard have resulted in the alarming reduction in numbers. Its population today barely reaches 40.

Bali Safari Park is at the frontline of wildlife conservation in Indonesia and is actively involved in ensuring the future survival and well-being of animals in Indonesia. Help us save the Bali Starling!