Galungan and Kuningan are Balinese holy days which are celebrated twice a year by Hindus. – Calculate according to the 210-day Balinese Pawukon calendar, let’s understand more about the days. 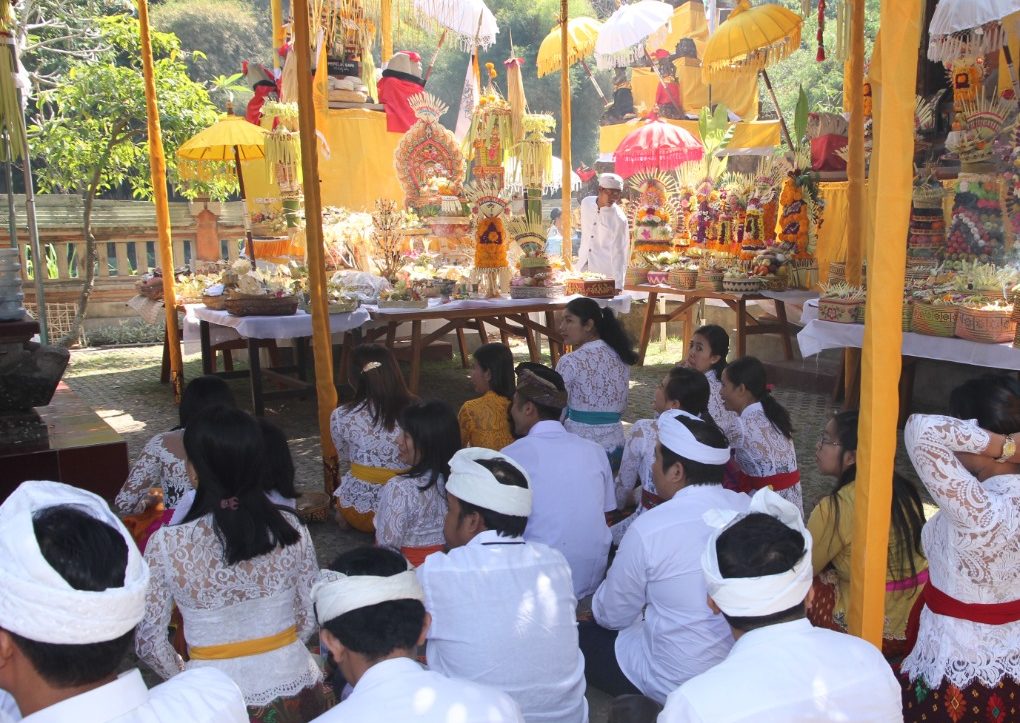 Galungan is held in Buda Kliwon Wuku Dungulan, following with Kuningan on the next 10 days.  The day is a sacred day celebrating the victory of dharma over adharma. It marks the time when the ancestral spirits visit the Earth.

There are several series of ceremonies carried out until Galungan day. Held 3 days before, Penyekeban is the first day where people cook bananas for an offering. Followed by Penyajaan on the next day by making jaja (fried rice cakes).

In one day before Galungan, there’s a ceremony called Penampahan which means slaughtering of pigs or chicken for feasts. On this day people will make penjor as an expression of gratitude to God Almighty for all the blessings. Made of curved bamboo stick, Penjor usually filled with some decorations. 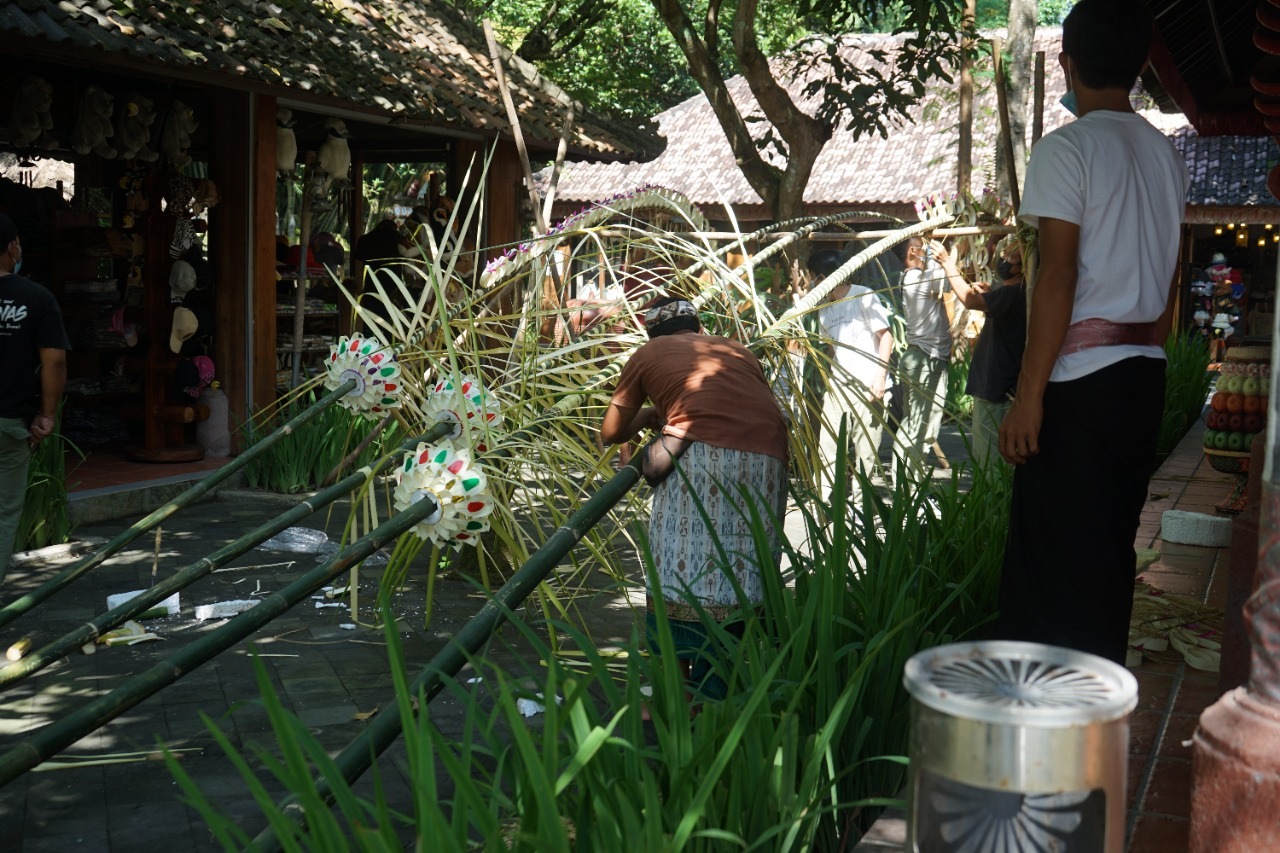 Held since the morning, Galungan day start from praying in the respective homes to the temples around the neighborhood. There’s also a “Homecoming” Tradition, where family who live in other regions will take time to pray to their respective hometown. The day after called Umanis Galungan, when people usually visit their relatives to mingle and such.

On Kuningan Day, Hindus will make yellow rice as a symbol of prosperity, gratitude and suksmaning idep as a human. While the ancestral spirit come on Galungan day, Kuningan is the day when they return.

More fact about Kuningan is that the prayer must be finish before 12p.m (tengai tepet). The ceremonial symbol of Kuningan consist various kinds of jejahitan which have meaning as war instruments such as tamiang kolem, ter, ending, wayang-puppets and such.

Here in Bali Safari, we also celebrate the day in order to maintain local culture and thanksgiving ceremony. We hope to maintain balance of nature and help to preserve all things that live in it. Get 15% discount for special promo code “GALUNGAN15” on our website!