These Porcupine Facts Will Pique Your Interest

Porcupines may be cute, but you can tell from the spiky quills on their backs and sides that they are not to be disturbed. Otherwise some of their quills might be stuck onto you! Here are surprising facts about our favorite pointy porcupines that you may not know before. 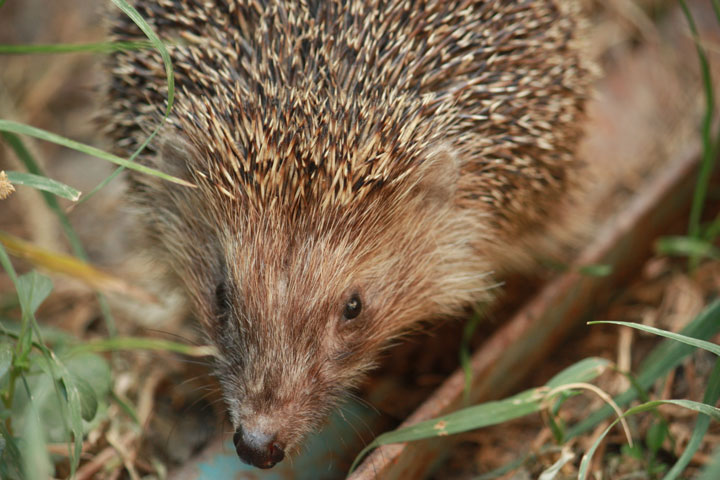 What’s with the name?

Porcupines have been called many names by different people throughout history, as this creature is as fascinating as it looks. The word ‘porcupine’ evolves from Old French words porc + espin to mean ‘pig with thorns’.

Porcupines are not related to pigs and boar. But as the words get carried over into modern English, the name got stuck. The scientific name for the North American porcupine, Erethizon dorsatum, isn’t forgiving either. It literally means “the one with an irritating back!”

Porcupines are more closely related to beavers, capybara, and other large rodents in the world. There is also not one species of porcupines, but dozens of them, living in many different parts in the world. They all have one similarity: sharp quills on their body as a way to defend themselves from predators.

An average porcupine has around 30,000 quills at a time. When relaxed, the quills lie flat on their furry back. But when threatened, the quills quickly stick up.

If this doesn’t intimidate predators to find food elsewhere, porcupines can turn their spiny back on the predator to protect its vulnerable head and belly. When a quill is removed, a new one can replace it.

When the sharp tip of a quill punctures the flesh of the predator, the quill comes loose easily from the porcupine’s body. But it won’t come off easily if the predator tries to remove it from itself.

On the tip of each quill, overlapping scales form hundreds of microscopic hooks that can grapple onto the inside of the predator’s wound. How painful it is to remove it!

A group of porcupines is called a family. This usually consists of a mother and her baby porcupines, called porcupettes. It’s rare to find adult porcupines together as they are not social animals and they would only gather to mate. When a porcupette is born, they have soft quills that will harden to its fullest painful potential within a few days.

Researchers have observed how porcupines communicate with one another. They used grunts and high piched noises, to attract females, warn other males, or call their young.

They have strong stomachs

The diet of porcupines consists of woody material, such as bark, stem, and twigs. They also eat other parts of a plant, such as fruits, buds, seeds and nuts.

The digestive enzymes of porcupines are possibly more powerful than that of cows’. Woody materials, grass, tubers and roots are very difficult to digest.

To digest grass, even cows need four stomachs and chew multiple times before completely breaking the plant material down. As for porcupines? They only have one stomach and woody materials are considered a healthy meal for them!

Have you seen a porcupine in real life? Catch them in action on your Night Safari at Bali Safari Park! Learn about this amazing animal while on holiday in Bali.