You’ve probably seen a Wildebeest in pictures, on the television or in your biology textbook. They’re commonly found in the African Savanna and are very typical to what you would imagine. 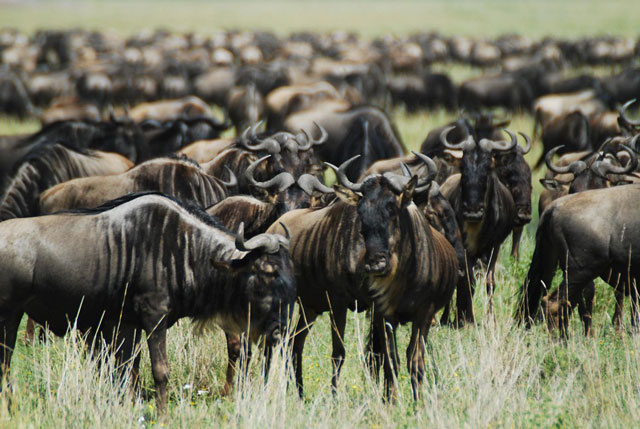 They earned their name due to their menacing appearance – a large head and shaggy mane with sharp, curved horns.

Despite how menacing they look however, they’re actually the primary source of food for the real predators of the African Savanna – the Lion, Hyenas, and Cheetahs.

Now you know what Wildebeest are, here are some interesting facts about them.

As you’ve read above, despite the ubiquity of the Wildebeest in the African savanna, they do have certain unique characteristics, and they play a vital role in the food chain.

Which of these facts are new to you? We hope you learned a thing or two about the Wildebeest.

To see and learn more about the Wildebeest, come join us soon at Bali Safari Park!