Did you know that White Rhinos are not actually white? Did you also know that they are currently facing? Near Threatened status by the International Union for Conservation of Nature (IUCN)? In this article, we’ll share some conservation facts about White Rhinos.

Due to the decline of their population, the White Rhino is currently listed by the IUCN as a Near Threatened (NT) animal species. However, despite their current NT status, the adult White Rhino has fortunately seen a population increase due to many conservation and anti-poaching efforts created to help their preservation.

Many of the adult White Rhinos are now kept in protection, conservancies and captivity due to White Rhino conservation status. 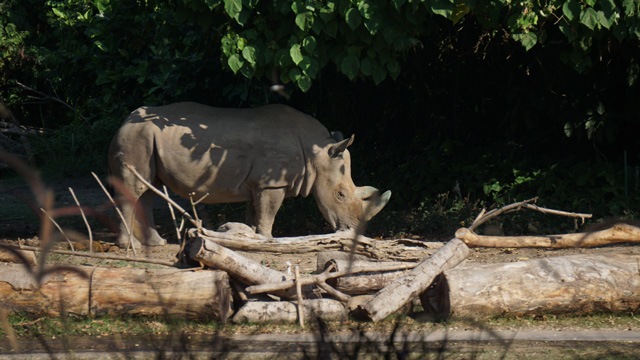 Historically, the White Rhino has been the subject of rampant poaching and hunting due to their elusive horn. They are naturally timid animals and live in packs making them easy targets for illegal hunting. Other factors that contribute to their decline is habitat loss, due to advancing agriculture, and settlements.

White Rhinoceros have difficulty breeding in captivity. Therefore, our vets facilitate their breeding by supplementing their diet to increase their libido and increase the likelihood of them breeding. Bali Safari Park has taken the initiative to help restore the White Rhinoceros population by creating a breeding program.

White Rhinos are the second-largest land mammals, right after Elephants. However, despite their size, they’re actually gentle animals that prefer to be left alone and are very territorial in that sense. Have you seen a White Rhino in person? Visit them here at Bali Safari Park!

Don’t miss out on our special discounts! Book your reservation directly from our website to save on your admission tickets!