Borneo, also known as Kalimantan, is the third-largest island on Earth, featuring dense tropical rainforest habitats for a variety of Indonesia’s endemic species. One of the well-known endemic species is the proboscis monkey, known as bekantan to the locals. You can come across this one-of-a-kind monkey as you visit Bali Safari Park. So let’s learn more about the proboscis monkey.

There are actually two variants of the proboscis monkey species. The Nasalis larvatus is found throughout Borneo, while their cousins, the Nasalis larvatus orientalis can only be found in the northeastern region of the island (orientalis = eastern). In the wild, the proboscis monkeys are normally found in some mangrove forest habitats, wetlands or swampy areas, and coastal rainforests. 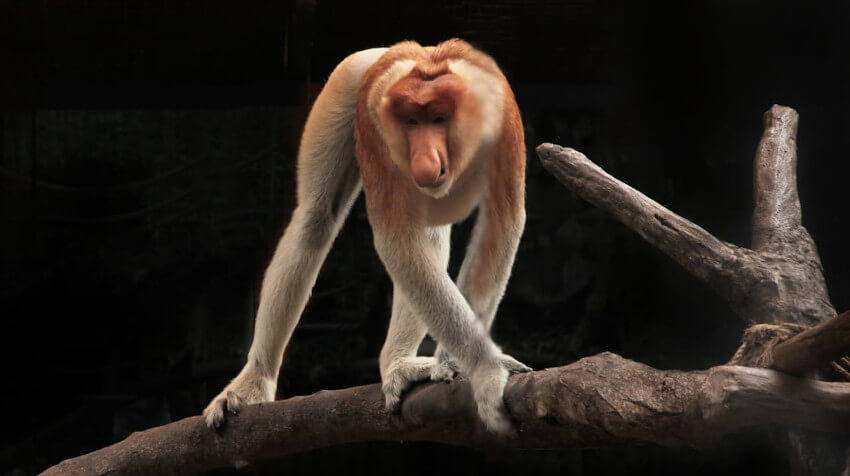 Apart from bekantan, this species of monkey also has another name that was historically used by the locals — “the Dutch monkey”. This is due to the unique features of the proboscis monkey, such as their rosy face, the blonde-brown hair and long nose, which is the one feature that differentiates the bekantan from other primates. Note that the males typically have a more protruding nose compared to the females’ nose.

You may also notice that many proboscis monkeys have such a round belly. This is because the monkeys have a complex chambered stomach that hosts digestive bacteria, which often produce gas during the digestion process. You can say that the monkeys are literally bloated!

Unfortunately, the proboscis monkey wild population is on a steady decline and even has the endangered status by the IUCN Red List due to poaching, deforestation, and the loss of habitat.

In Bali Safari Park alone, visitors can encounter four proboscis monkeys — two males named Genta and Kalawa, and two females named Safira and Agustin. The Bekantan Habitat in Bali Safari Park was designed to closely resemble their native habitat in Borneo. There is a great abundance of trees to climb and sit on, and a pool to accommodate their swimming habit. 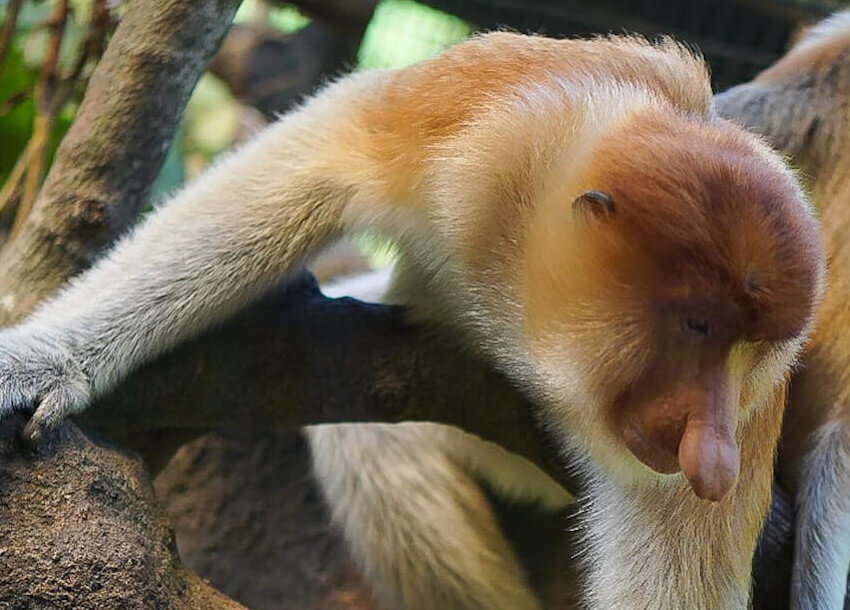 Visitors can delight in observing the various unique behaviors of the bekantan monkeys, from actively moving between trees, and swinging between branches. In addition, during hot weather, you can spot them cooling off in the swimming pool. The proboscis monkeys have no problem spending some time in the water. They have webbed feet to help them swim, and a kind of valve that prevents water from entering their nose. In the wild, they have been observed to swim across rivers and between small islands.

Are you curious about what the proboscis monkeys can do? Come and visit them at Bali Safari Park. Visitors will not only get to know Indonesia’s various endemic species but also in many parts of the world. It’s #TimetoSafari at Bali Safari Park, visit and learn about wildlife and Bali’s exotic culture.