We would like to raise awareness of what has been happening to Sunda pangolins over recent years.

This cute scaly ant-eating mammal that rolls into a ball to protect itself from predators is now the world’s most heavily trafficked mammal.

In 1996, the Sunda Pangolin (Manis javanica) was classified as “near threatened” according to the IUCN Red List. In 2014, it was classified as “critically endangered”, as 80% of the world’s population had vanished in the time span of 18 years.

Sunda pangolins (or trenggiling, in the local language) are known to have a low birth rate in the wild. They give birth to about 1 youngling per year. This is considerably low for an animal of this type. Think about how small mammals (e.g. rodents) that are more vulnerable than larger prey often produce a large number of offspring per litter.

When hunted, bred in captivity or sold illegally, this number is even lower, while the mortality rate is much higher. On average, 1 in 5 captive pangolins dies each year due to the poor living conditions in illegal farms.

Why are they trafficked?

In the last two decades, high demand for pangolin meat and their medicinal qualities attracted many people of lower economies to switch their regular low-income trade for work in illegal pangolin farms. They smuggle pangolins to neighboring countries, supplying a global black market that pays a lot of money.

The pangolin has to be bred in captivity because they are hard to find in nature. Due to the illegal nature of the business, the farm owners never consider treating the animals in a hospitable environment. As a result, the pangolins die from stress while living inside cages.

The Indonesian government has taken steps to uncover the system and investigate the root of this illicit animal trade. Between 2010 and 2015, authorities have successfully recovered 35,000 pangolins from illegal farms.

This is an important step as these farms represent one of the sources in the supply chain that runs rampant across the world. However, discovering and seizing more illegal farms won’t be easy. Authorities remarked that this illegal business is similar to drug trafficking in terms of scale and funding.

It has been estimated that pangolins sold for US$20 in Southeast Asia can be bought with a price of up to US$1200 per kg – there is no doubt that unknown trafficking lords will do anything in their power to keep this system going. 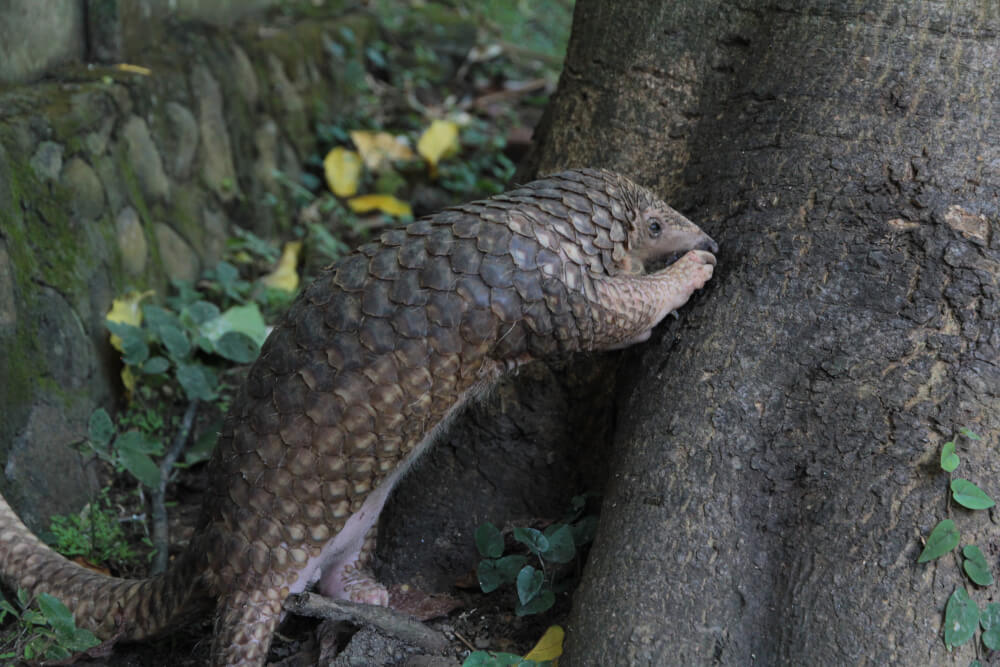 What can you do to help?

By spreading awareness to those who care, and educating the young generations about these animals, you can begin a lifelong journey of preventing future purchases of pangolin meat and medicine.

Your smartphone is your greatest tool. Share this article with at least 10 friends, and ask them to share it with 10 more people. By the sixth share, you would have informed 1 million people and of course, you can always reach even more people.