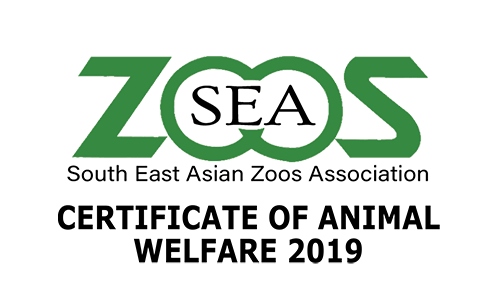 SEAZA AWARD; November 2019 marks a special month for Bali Safari and Marine Park. Not only did we celebrate our 12th anniversary, We also received accreditation from the South East Asian Zoo Association (SEAZA) in ‘Animal Welfare’

SEAZA is a non-profit, non-governmental organization of zoological institutions and affiliates in the Southeast Asian Region. Its Institutional Members are zoological institutions coming from ASEAN member and observer nations (Brunei, Cambodia, Indonesia, Laos, Malaysia, Myanmar, Philippines, Singapore, Thailand, Vietnam, Papua New Guinea, and Timor Leste) as well as from regional neighbors, Hong Kong and Taiwan. SEAZA is a member of the World Association of Zoos and Aquariums (WAZA).

SEAZA Award; Animal welfare is one of the core values at Bali Safari Park. So we are honored to be accredited and received certification by SEAZA (and also to be the first and only animal park in Indonesia to receive this certification acknowledging our animal welfare standards. We hope that this award will serve as motivation and a mandate for Bali Safari and Marine Park to remain the best leading animal conservation institution, which has consistently maintained, cared for and looked after the welfare and conservation of animals.

Bali Safari is home representing to more than 1000 individual animals of 100 selected exotic and endemic Indonesian animals, including rare and endangered species –   such as Komodo Dragon, Orangutan,  Bali Starling bird, Sumatran Elephant, and more. The park boasts an incredible range of wildlife diversity from India, Indonesia, and all the way to Africa! We are at the frontline of wildlife conservation in Indonesia. We are actively involved in ensuring the future survival and wellbeing of many Indonesian animal species.