Did you know that Bali has its own indigenous birds called the Bali Starling? They are critically endangered but at the Bali Safari Park, they are being rehabilitated under a successful conservation program. You can see them at the Bali Starling Aviary along with parrots and colourful macaws.

The beautiful Bali Starling, also known as Jalak Bali, was originally found in the northwestern parts of Bali island, in an area called Curik. You can easily identify this unique species by its clear, white feathers, distinctive blue marks around its eyes, black wing tips and a striking plume of feathers atop its head. Both males and females have similar appearances, however the males are slightly bigger than the females.

Other names for the Bali Starling are Bali Starling or Rothchild’s Starling. The latter name was given as a tribute to the British bird expert Walter Rothschild who first discovered the bird in 1911. To date, there are less than 100 Jalak Bali left in the wild. This is due to habitat loss and poaching. It’s fascinating to note that this bird can’t be found anywhere else in Indonesia although it was once said that some Jalak Bali were found in Lombok. Unfortunately, not a single bird can be found there now, so the fact remains that Jalak Bali is indigenous to the island of Bali.

Currently, numerous efforts are being taken by the government and non-government agencies to preserve and grow the numbers of the Bali Starling in various places throughout Bali, including the West Bali National Park and Nusa Penida Island as well as Conservation at the Bali Safari Park. Through these programs, Bali Mynah Conservation Program, it’s been noted that the birds’ numbers are growing. 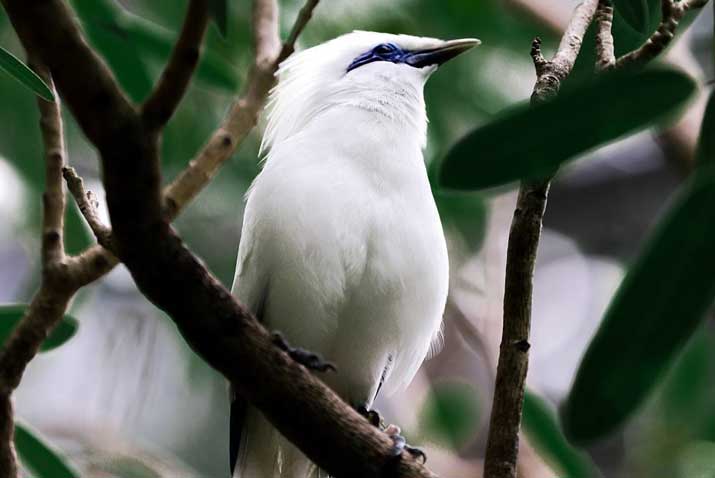 The park’s Bali Starling Aviary was launched in 2017. In addition to being a conservation site for the Jalak Bali, it also helps to conserve other endangered endemic birds like the Asian Glossy Starling, Oriental Magpie Robin, Green Pigeon and the Zebra Dove. The Aviary is also a great space for visitors to learn more about Bali’s natural wildlife and bird species.

In Bali and around the world, Bali Safari Park has played major parts in the conservation of endangered species, such as the rhinoceros and the hippopotamus. Visit the park to get up close to wild animals from around the world as they roam freely in wide-open spaces that mimic the African savannah.