Australia is currently experiencing the worst bushfire season in the history of the nation. Since September 2019, flames devour thousands of hectares of forest in almost all the states, such as New South Wales and Victoria.

Forest fire is caused by extreme hot weather. Although occurred almost every year, this time it is so severe that the impact of the smoke was also felt in Melbourne and Sydney. Not only humans are affected, but also animals that become the victims.

As one of the animal conservations in Indonesia, Bali Safari & Marine Park will conduct a fundraising campaign in several programs that are able to help to rescue the wildlife affected by bushfire, such as:

Funds that have been collected will be distributed to the Australian ZAA (Zoo and Aquarium Association). In addition, Bali Safari & Marine Park also invites people who want to help by donating funds through a donation box. This donation campaign will start from January 20th to February 29th, 2020. 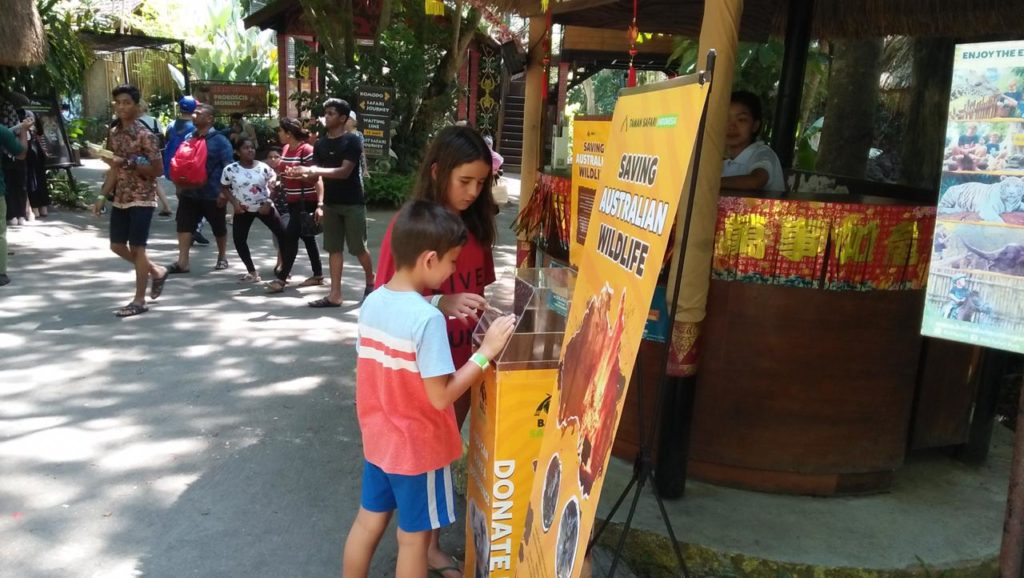 The donation box is called ‘Saving Australian Wildlife’ and will be distributed at the main entrance, animal exhibits, restaurants and the hotel. Through this donation box, it is hoped that the community will be able to participate to save Australian wildlife affected by the bushfires.

This program is a manifestation of Bali Safari & Marine Park’s awareness for the survival of animals and their natural habitats, not only in Indonesia, but also in other countries. We start with the campaign, and you can help us with the effort. Let’s save wildlife together!