Orangutans are Indonesia’s iconic primate and are the largest primate species in Asia. There are three species of orangutans, namely Bornean Orangutan (Pongo pygmaeus), Sumatran Orangutan (Pongo abelii) and Tapanuli Orangutan (Pongo tapanuliensis). The status of the population of the three orangutan species however continues to decline. Based on data from the IUCN Red-List, Orangutans fall into the critically endangered category. They face extinction in the wild if there is no concerted effort to save this animal. 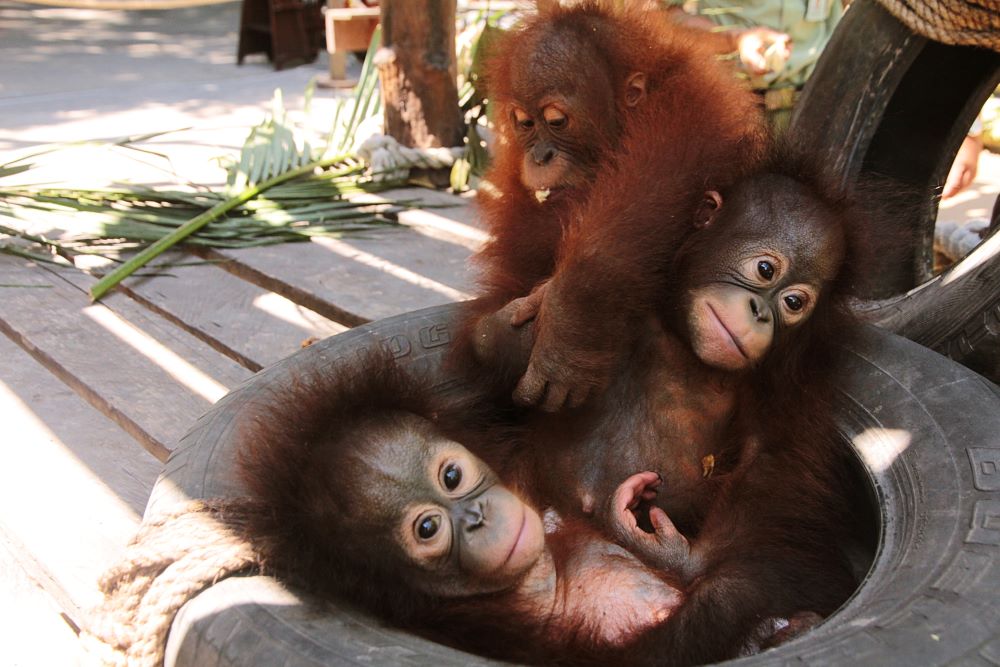 Their population has decreased due to habitat destruction and poaching. Many orangutan mothers are hunted to get their babies to be traded as pets.

There was a case recently in Bali of a failed smuggling attempt involving a baby orangutan that shocked the world. On Saturday, March 23, 2019, a two-year-old baby orangutan was intercepted at Bali’s Ngurah Rai International Airport. The alertness and action of airport official and the BKSDA helped foil the smuggling effort. 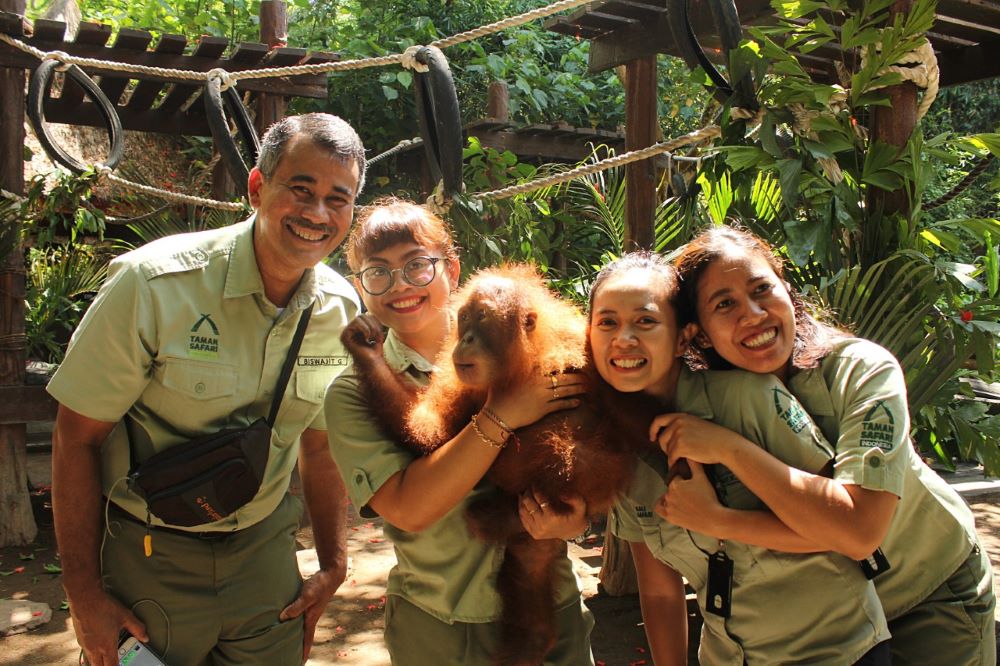 Bali Safari Park as a conservation institution has a high commitment to animal conservation. While waiting for the investigation and the judicial process to be completed, the BKSDA placed the orangutan named Bonbon at Bali Safari Park for our expert care. Since then he has been with us at Bali Safari recovering initially from his terrible ordeal thanks to the dedicated vets and keepers. He then thrived to become the cheeky adorable ambassador for all wild orangutans. He endeared himself to so many of you while playing with our other young orangutans George and Cherry. But now it is time for us to say good bye. We are sad to see him go but happy for his new future and opportunity.

On Dec 17th we will take Bon-Bon back to his natural habitat in Sumatra with the hope of releasing to the wild. We will have a farewell event with him on Monday December 16th at Bali safari at 9 am. Come and see Bon-Bon at Bali Safari for the last time.