Long Road to Recovery for Australia’s Wildlife After the Bushfire

What was thought to be an ordinary seasonal bushfire in September 2019, grew to become the most severe bushfire season in the history of the nation.

In the months that followed, the flames devoured at least 13 million acres of land and destroyed 2700 homes. At least 33 people have tragically lost their lives in the fight against the fire.

The aftermath of the bushfire

Both humans and animals suffered – approximately 1.25 billion animals were killed, both domesticated and wild ones. Of all the tremendous losses due to the fire, koalas have suffered quite severely. It was estimated that more than 8000 koalas were killed in the fire.

Animals like kangaroos, emus, and flying birds could flee from the blaze. Burrowing mammals and lizards were capable of surviving underground, as the ground provided ample insulation from the blaze.

But koalas are extremely vulnerable to disasters such as a bushfire. They can’t move from tree to tree unless over the ground, which drastically limits ways of escape. Their survival chances are worsened by the fact that they are not agile creatures.

Local and national authorities have mobilized rescue efforts during and after the bushfire. Local firefighters were at the front line to control the spread of fire. Often, these brave firefighters came across struggling koalas, brushtails and orphaned joeys. They gave them water to rehydrate and cool down, before bringing them to vets and fostering them at home.

We shouldn’t forget to mention the few heroic ordinary people that have even taken the risk to rescue animals trapped in the middle of the blazing forests. You might have seen the video that has gone viral sometime in November of a woman rescuing a koala.

Some pet owners and ranch owners have found themselves sheltering kangaroos that have escaped from the fire, while other ordinary people have donated money to adopt (sponsor) koalas. A school even opened its gym as a makeshift hospital to help injured and orphaned koalas recover.

After the bushfire, surviving animals are still under threat of starvation, due to the destruction of vegetation, not to mention the loss of natural homes for many animals. Rescuers sought after these animals, including koalas that were on the verge of dehydration because of the low humidity. In some cases, rescue dogs were used to find them.

How long will it take for the ecosystem to recover? 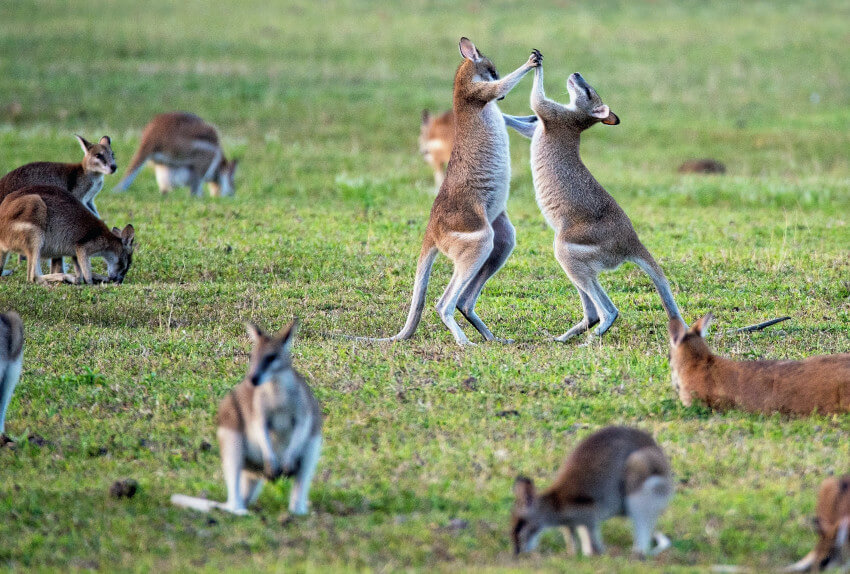 In February, the New South Wales fire service authority issued a statement that the bushfire has been successfully contained in most states. The remaining fire was being extinguished in a controllable and natural way.

However, in many parts of Eastern Australia, the ecosystem has not fully recovered to support the population of rehabilitated animals. In a few places, the fire polluted natural water bodies so severely that hundreds of fish were found dead in a sludge of water mixed with ash. It may take several years for the aquatic ecosystem to fully recover.

The nature reserve and national park officials have already taken action to speed up the recovery of damaged forests. Tons of food were delivered to various locations to help feed starving animals that survived the fire. Watering stations and irrigation systems were put in place for animals to drink from.

Despite the unprecedented amount of devastation that was left behind by the 2019 Bushfire, fire remains to be an important aspect of the Australian bush ecosystem. This fact may come as a surprise, but native plants, such as the Eucalyptus trees, have evolved to withstand and even thrive in the extremely flammable east Australian bush.

The lessons we can learn from this bushfire is that climate change and increasing peak temperatures in summer have accelerated the spread of the bushfire. Climatologists warn that if the effects of climate change are not mitigated, bushfire seasons may worsen every year.