Meet Our Antelopes in “Safari Journey”

Have you ever tried Safari Journey when visiting Bali Safari Park? – Safari Journey is the main attraction where you will be ride a safari tram that takes you inside the enclosure. One of those interesting animals you must see are the Antelopes!

Antelopes are in the bovine family, with unique horns which have different shapes according to each species. More than 90 species antelope lives mostly in Africa and India. Here in Bali Safari, we have some types of The Antelopes that you can check below! 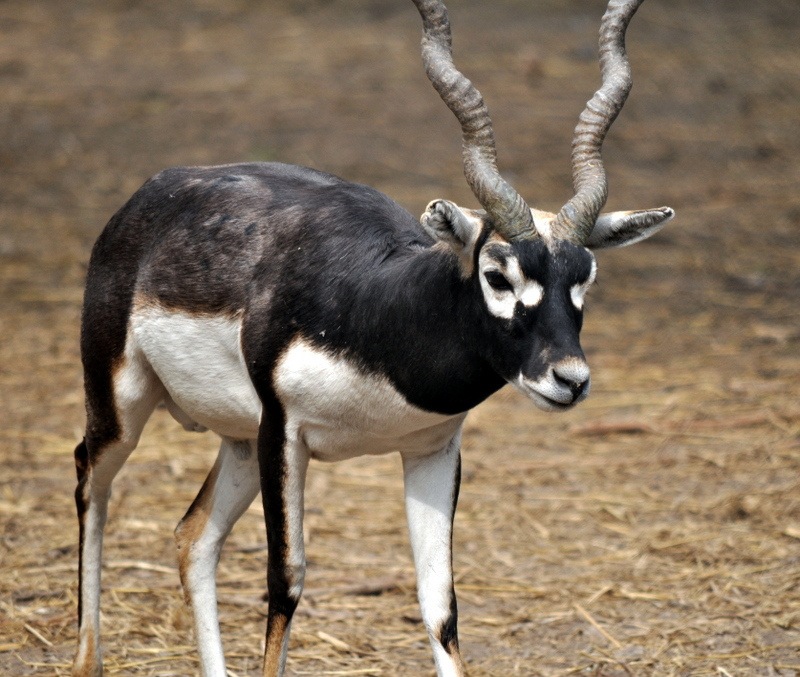 The blackbuck also known as Indian Antelope, is a native animals from India and Nepal. The herbivour are one of the fastest antelope species reaching speeds of up to 80km/hr.

The male has beautiful markings with the black/brown and white and very different to the female that is usually plain. The males have long twisted horns while the females don’t. 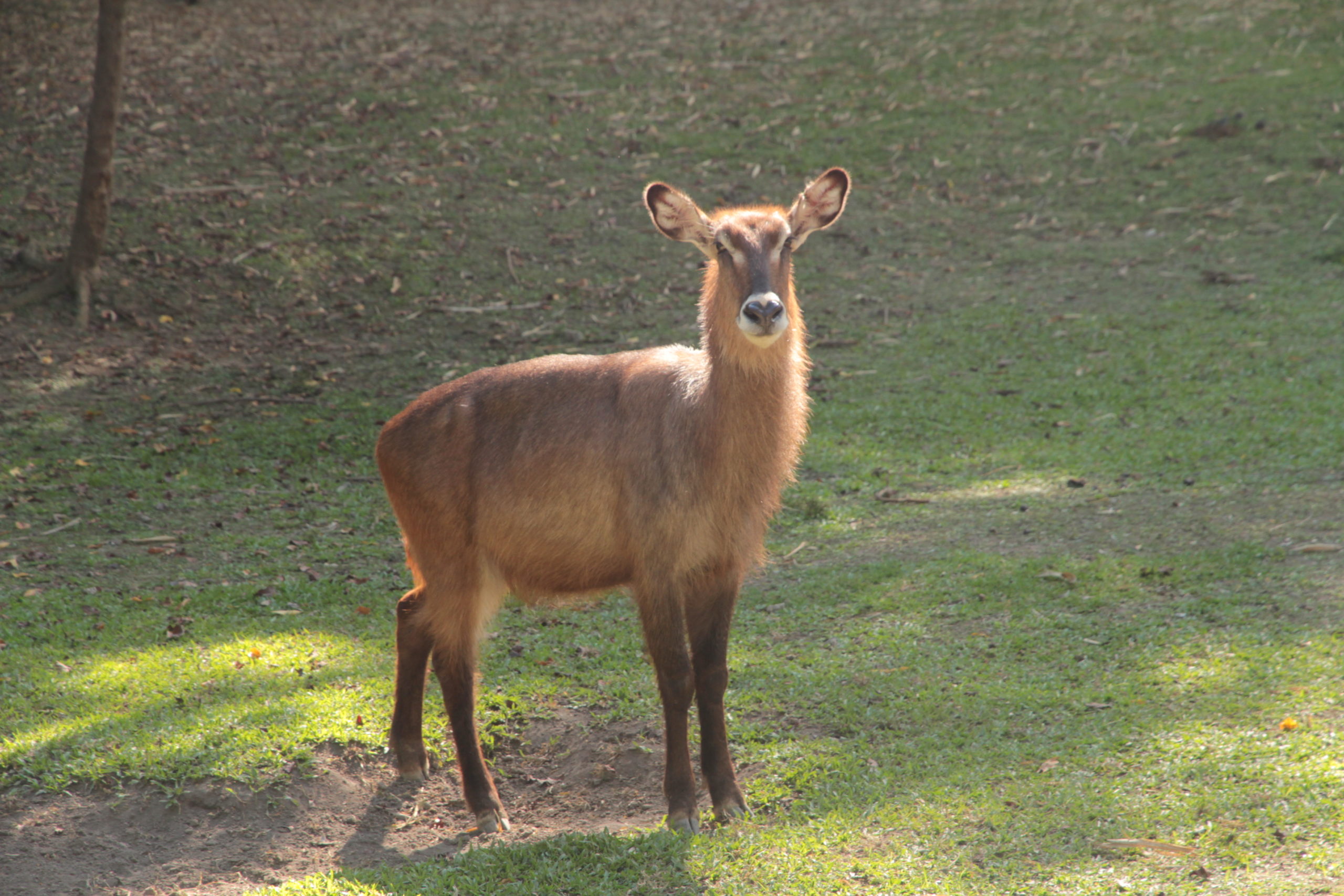 The Waterbuck is a large type of antelope that found widely in sub-Saharan Africa. Not to be confused with their namesake, the Waterbuck is not an aquatic animal by any means. They are however, intolerant of dehydration in hot weather where they naturally live. Therefore, they tend to inhabit areas where sources of water can be found.

Their coat colour varies from brown to grey. Only the males have horn, its shape like curve-spiral and about 22–39 inches long.

The waterbuck’s body odor is so bad that it deters predators. 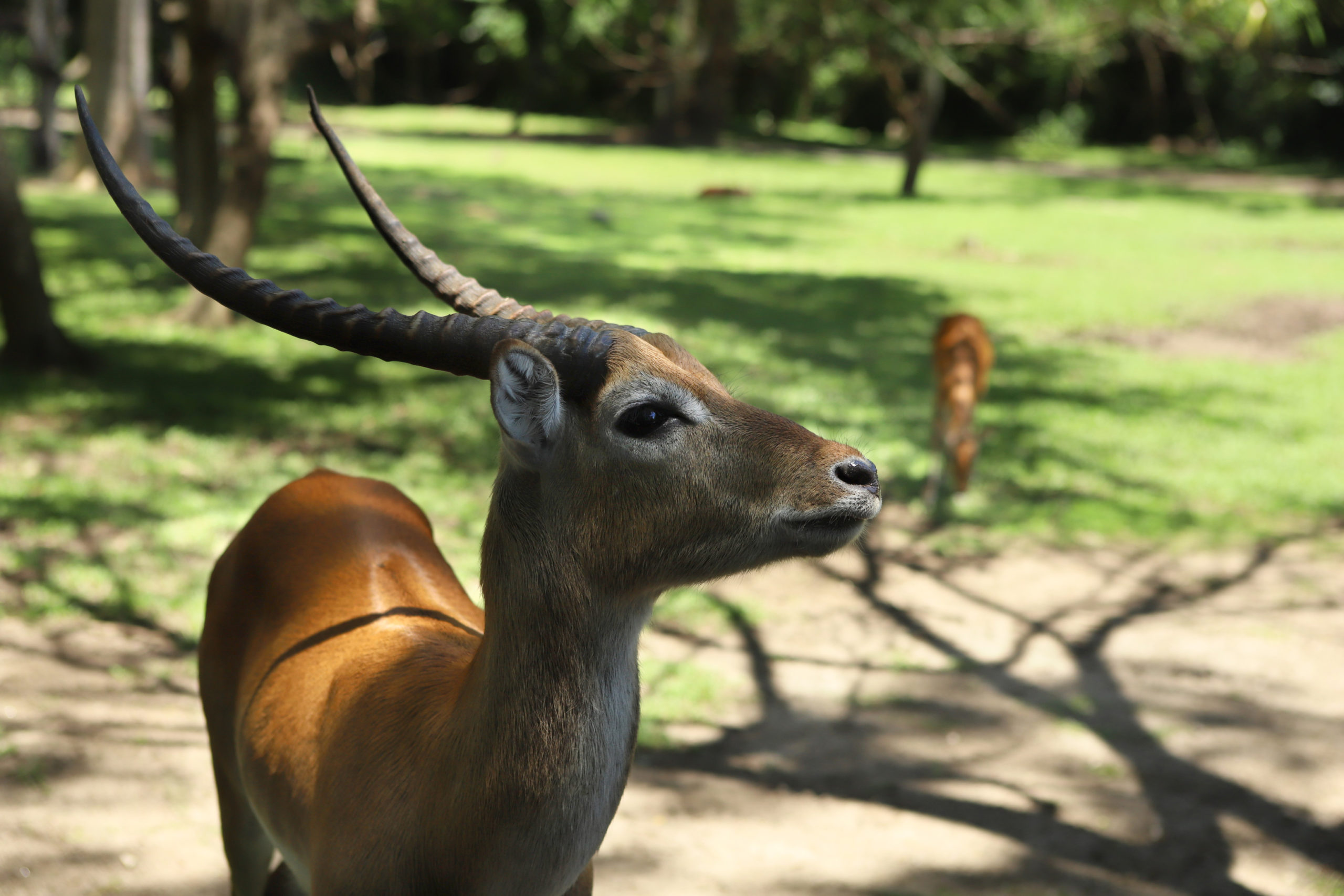 There is another antelope that lives in Africa and its name is Lechwe. They live in swamplands of Africa and are good swimmers. When they are running, it’s almost like they can fly.

Their body colour are golden brown with white bellies. Their colour helps them to blend well into their environment and a good camouflage to hide from predators like Lions. The long, spiral horns are vaguely lyre-shaped and borne only by males. 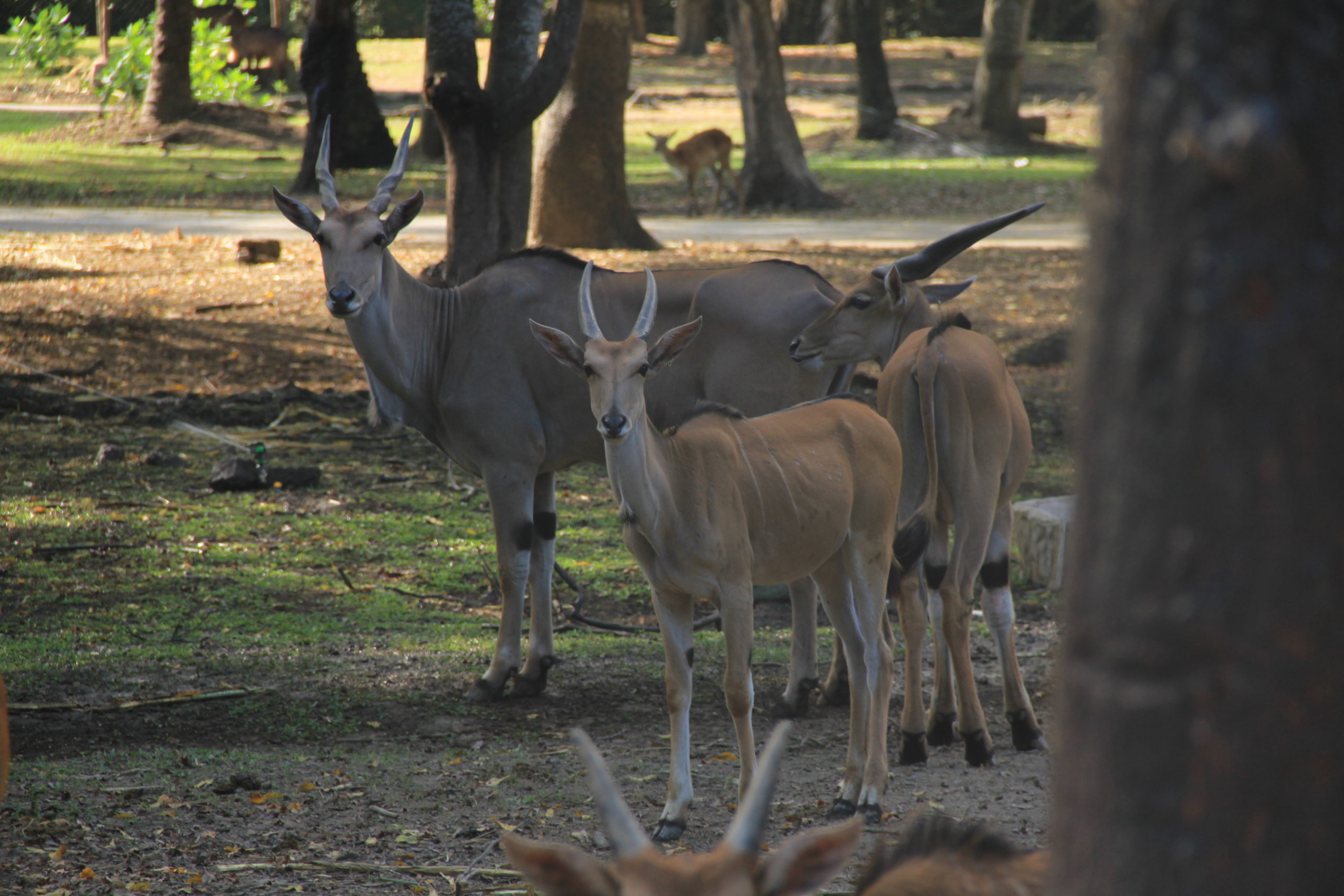 Eland is an antelope that live in grassland, mountain, sub-desert and savannah of eastern and southern Africa. They are the largest and slowest antelope in the world. Despite being the slowest, they  can jump around 2.5 meters high.

Both males and females have spiral horn, while the female one has thinner horn compared to the male. 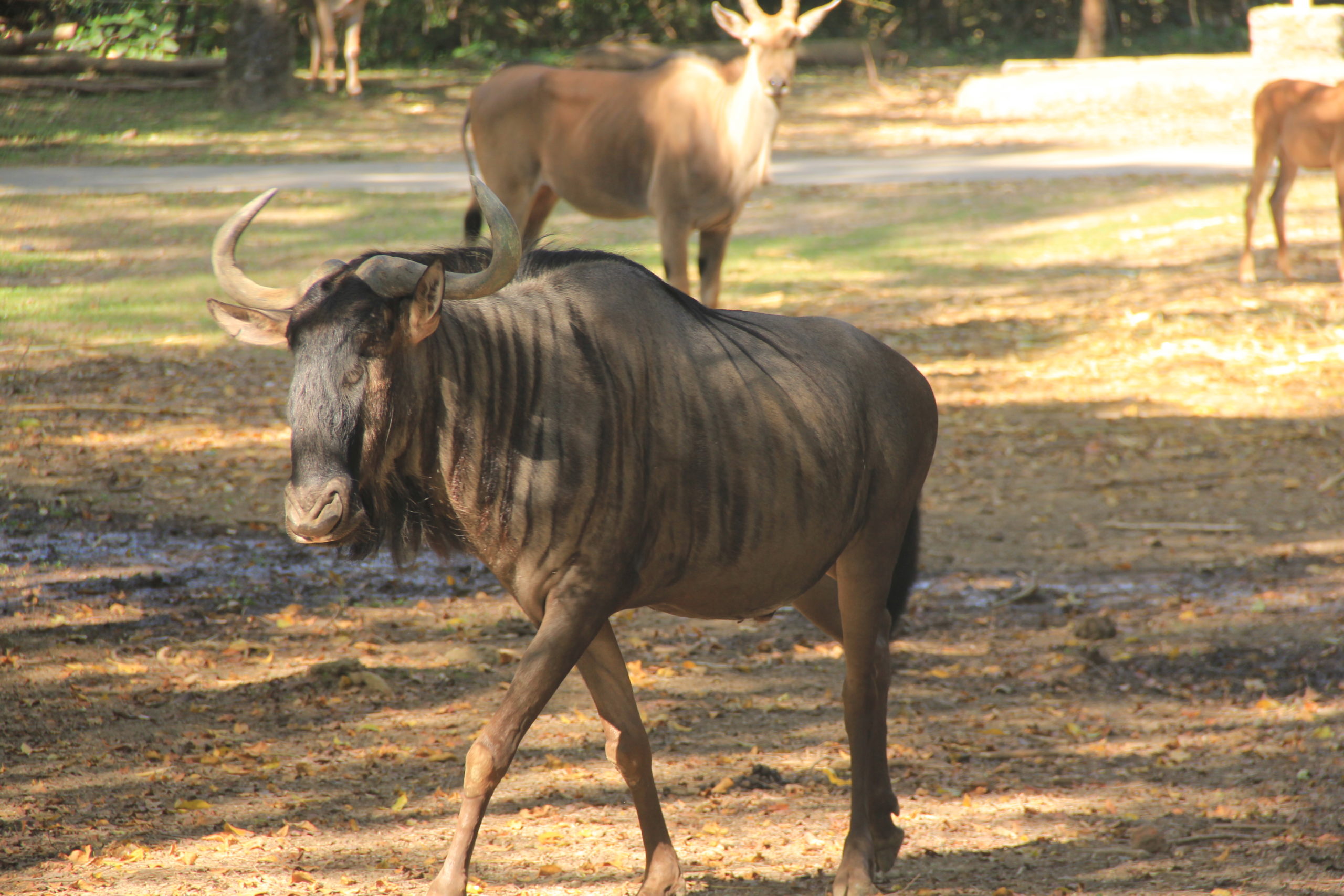 Wildebeest are the most abundant big-game species in the East African Savanna. Their name was taken from Dutch which means “Wild Beast”, due to their menacing appearance like large head and shaggy mane with sharp and curved horns.

Despite how menacing they look however, they’re actually the primary source of food for the real predators of the African Savanna such as the Lion, Hyenas, and Cheetahs. Wildebeests stick together in a herd to protect themselves from wild predators.

Which one of those antelopes are your favourite? To see and learn more about them, go visit us now!