The mighty crocodile is one of the oldest living reptiles on the planet. They first appeared in the same time dinosaurs roamed the earth, dating back to almost 240 million years.

This fact alone makes the crocodiles one of the ancient ancestors of the animal kingdom today. In this article we will be sharing other interesting facts about the mighty crocodile.

One of the most powerful bites in the animal kingdom

The muscles that engage their jaw gives them one of the most powerful bites in the animal world. Once their jaw is shut, they will lock that position and crush any unfortunate animals that they’re preying on.

They don’t chew their food

They swallow chunks of flesh that they tear apart from their victims with their powerful jaws. They attack by tearing and slashing the flesh, and swallowing them in large chunks. To help them digest their meal, crocodiles sometimes swallow small stones to grind their meal.

As the descendants of dinosaurs, they’ve inherited the powerful exterior features. The skin on their backs are very durable and tough to penetrate. They are thought to be even bulletproof. 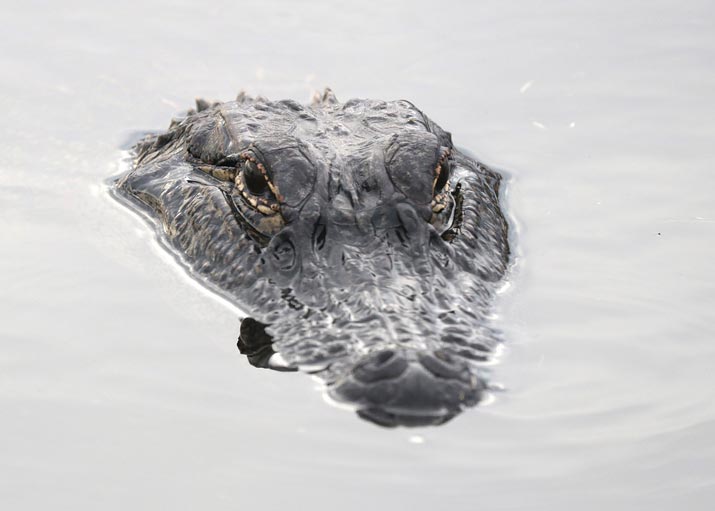 They don’t have sweat glands

When they’re not foraging for food, crocodiles are often found basking with their jaws open. This is because they are not built with sweat glands like mammals are, instead they open their jaws while they lay idle.

It is common to mistake crocodiles and alligators. The easiest way to distinguish the two is to pay attention to their jaws as they are shut. Crocodiles will have their teeth visible, while alligators’ teeth are not visible when their jaws are shut.

Crocodiles also have a v-shape jaw, as opposed to the u-shape found in alligators. Crocodiles are also much larger, and have a beefier stance than alligators.

If you want to see what the crocodiles are like in their habitat, or perhaps observe a descendant of the ancient dinosaurs, you should pay a visit to Bali Safari Park and do a Safari Adventures or Night Safari to see this mighty creature.