Did you know that Indonesia is home to a wide variety of wildlife that is native to the archipelago? Here are just a few of native animals of Indonesia:

1. Bali Starling
The beautiful Bali Starling is an endangered species. This bird can be found in the northwestern parts of the island of Bali. The Bali Starling is easily identified by its clear, white feathers, distinctive blue marks around its eyes and a striking plume of feathers atop its head. Here in South Bali, you can visit the Bali Starling Aviary at the Bali Safari and Marine Park and see how you too, can participate in its conservation efforts.

2. Komodo Dragon
The largest lizards alive in the world today. The Komodo Dragon is indigenous to the islands of Rinca, Padar and Komodo in Flores, East Indonesia. It has been called the closest living relative to the dinosaurs and is an extremely dangerous predator thanks to the deadly venom in its saliva, powerful body, sharp teeth and claws. The Komodo Dragons are living free and wild at the Komodo National Park in Flores, but you could also view them at the Bali Safari and Marine Park in Gianyar, Bali. 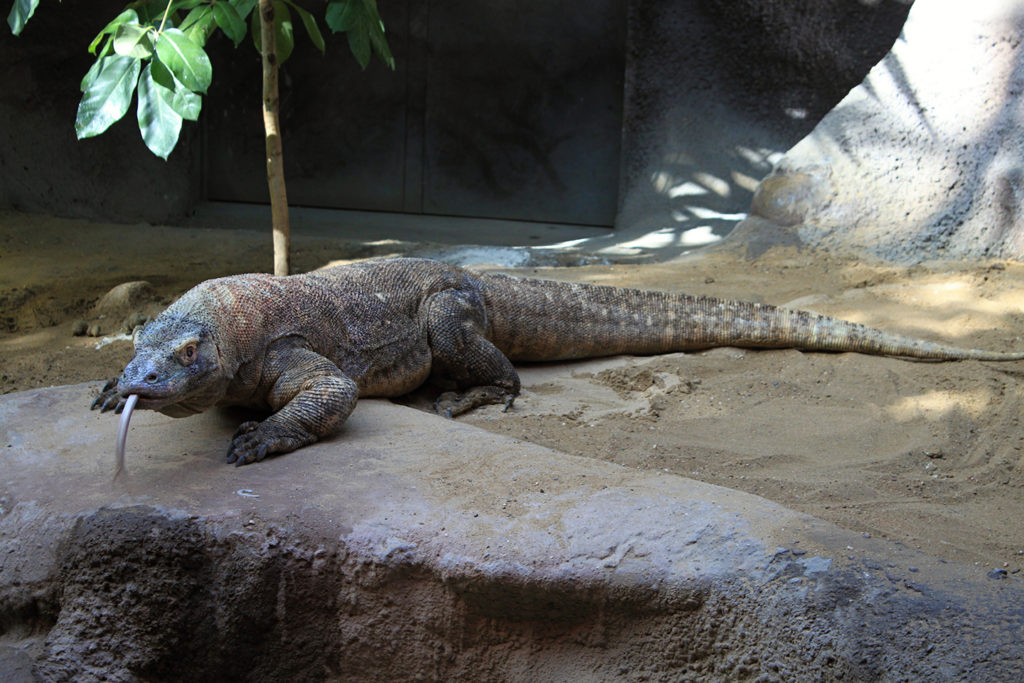 3. Orangutan
The Orangutan is always a crowd favorite thanks to its cuddly and friendly nature and adorable facial features. Sadly, the Orangutan is critically endangered due to massive deforestation for palm oil plantations. At Bali Safari and Marine Park, you could interact with these delightful creatures in a safe, open and natural setting.

4. Sumatran Tigers
These majestic creatures with their striking bright orange and reddish brown furs are the smallest species of tigers in the world. They are highly sought-after for illegal wildlife trade and are, therefore, facing rapid decline in population. You can come up close to a wild Sumatran tiger in its wide and open habitat at the Bali Safari and Marine Park in specially-made trams.

5. The Black Ape
This beautiful monkey is almost entirely black, save for some silver streaks on its arm area. Originally from the island of Sulawesi in Indonesia, the Black Ape, also known as The Celebes crested macaque or the Sulawesi crested macaque has striking reddish-brown eyes and long tufts of hair, or crests, at the top of its head.

Come and see all of these animals of Indonesia closer at the Bali Safari Park, in Gianyar, Bali!