Did you know that Rhino also have a special day? – The day also reminding how they desperately need our help as the danger they face.

Rhinos are the second-largest land mammals, right after Elephants. Their weigh at least one tonne in adulthood. However, despite their size, they are actually gentle animals that prefer to be left alone and territorial. Rhino have a special day once in a year, called World Rhino Day. 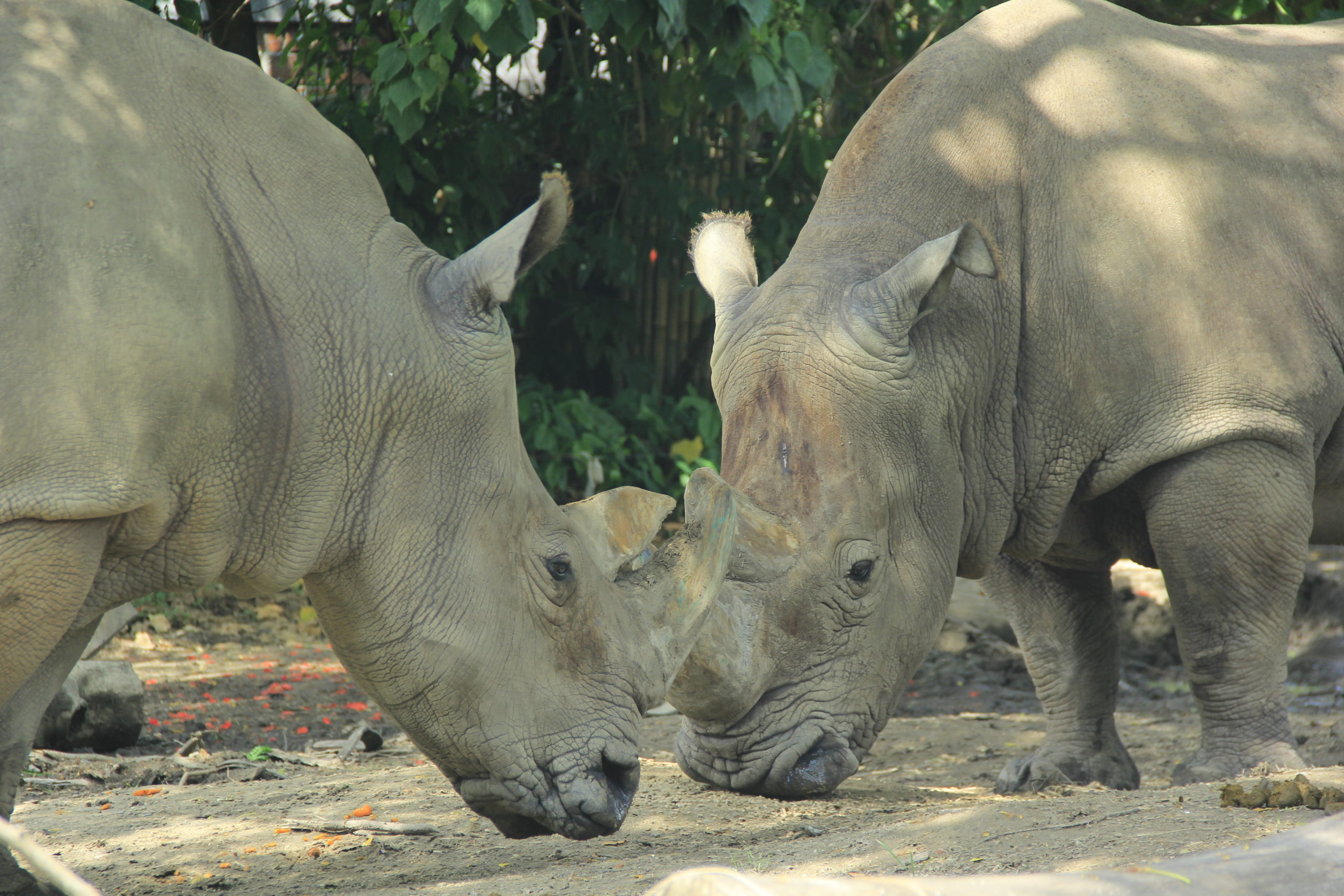 World Rhino Day was first announced by World Wildlife Fund (WWF) on 2010. This special day is marked every year on 22 September to create awareness about this critically endangered species. The day also aims to celebrate all five species Rhinos including White Rhinos that exist in here, Bali Safari.

However, they are not exactly black or white. The name White Rhinoceros was derived from the Dutch Word “wijd”, which means wide in English. Meanwhile the name of black Rhinoceros was given to differentiate it from the white one.

They has a unique way of communicating. They use their dungs to announce where they have been and the status of their reproductive condition. Dungs are also used to mark their home range.

This mammals have difficulty breeding in captivity. Bali Safari has taken the initiative to help restore the population by creating a breeding program. Our vets facilitate their breeding by supplementing their diet to increase their libido and the likehold of them breeding.

The White Rhino has been the subject of rampant poaching and hunting due to his elusive horns. Some people also claimed that they hunt their horns because its contain medicinal properties, but in fact, that’s just an old myth which is turns out not true.

You can meet this precious animal in Bali Safari, and see how you can help us to keep up the conservation program. Here, we’re celebrated the day by giving them a large portion of enrichment their like. Happy World Rhino Day!