For those not familiar with Bon Bon, allow us to give you a brief introduction to his story. Bon Bon is an infant Orangutan found by Balinese Customs Officers inside a crate at the Ngurah Rai International Airport in Bali. He was being smuggled by a Russian nationalist, who claimed to have purchased the Ape for USD 300.

Bon Bon was quickly rescued by authorities and given shelter at Bali Safari Park, who was entrusted with the care of the ape. The Russian himself was apprehended and brought to questioning by Customs Officers and legal authorities. Meanwhile, Bali Safari Park has been caring for the infant Orangutan and helping him recover from the traumatic experience. 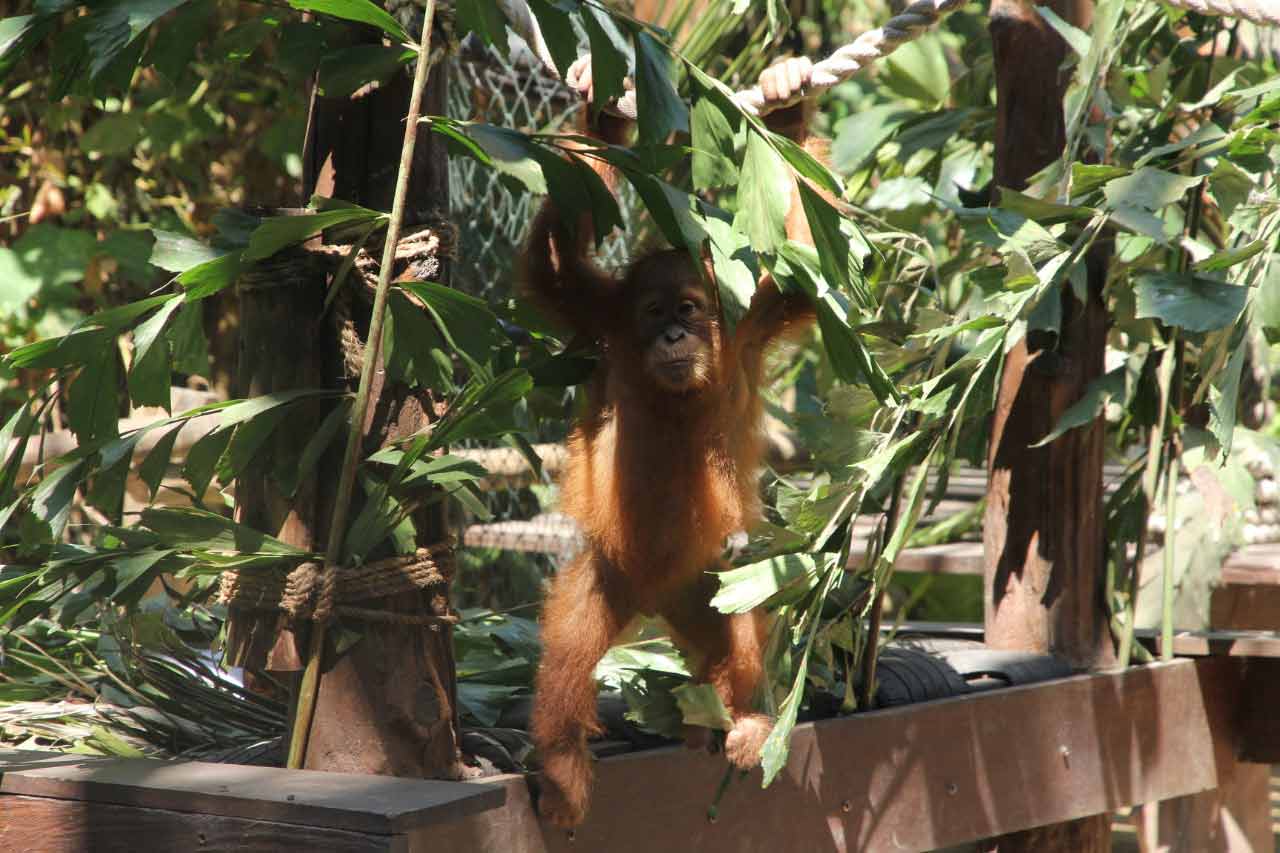 Bon Bon is currently under the care of our animal keepers at Bali Safari Park. We are constantly monitoring his health, activity and overall wellbeing. Our keepers routinely feed him milk and breakfast in the mornings, and spend the day giving Bon Bon engaging activities and exercises to do. Occasionally, we also let Bon Bon off on his own to do whatever he likes, whilst monitoring him remotely.

Bon Bon arrived at Bali Safari Park earlier this year on March 23rd, 2019. He was suffering from mental trauma and a myriad of physical ailments that were caused by the irresponsible smuggler. He was skinny, and had a fever of up to 38 C, along with wounds on his head.

Now Bon bon weighs in at a healthy 9 kg, which is a big improvement on his initial weight of only 5.6 kg. There is also a vast improvement in his mental health. He used to be very afraid of humans, and would withdraw and recoil whenever he saw one. Fortunately, our dedicated animal keepers are slowly helping him recover that trauma. Bon Bon is now gradually creating bonds with our animal keepers. He is fond of one animal keeper in particular, Diandika, who is very close to Bon Bon and helping him slowly build his trust with humans again.

We are so thankful that Bon Bon was rescued just in time. The team at Bali Safari Park has been carefully helping him recover and adapt to his new home, without the presence of his parents.

Orangutans share up to 96% of their genes with us humans, and we can’t help but feel a deep connection with his condition. If you would like to learn more about his story, come visit the Orangutans here at Bali Safari Park.