There’s nothing more that catches our attention than finding out an animal is in danger or distress. This is exactly what happened a few months ago when we were notified by the authorities at the Ngurah Rai International Airport regarding the attempted smuggle of a baby Orangutan. 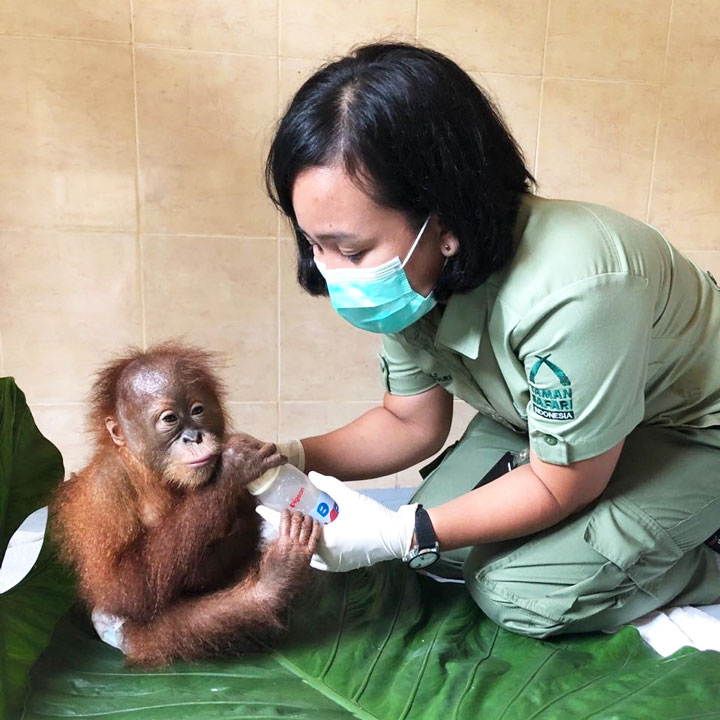 The smuggling was attempted by a Russian citizen named Zhestkov Andrei, who claimed to have purchased the ape for USD 300. The Orangutan, who was later named Bon Bon by Bali Natural Resources Conservation Agency (BKSDA), was only 2 years old and was concealed in a basket and heavily sedated. Additionally, there were other animals found in the Russian’s suitcase that included 2 Geckos and 5 other lizards.
After further investigation by authorities, it was revealed that the Russian originally planned to fly to South Korea where he could then administer more sedative drugs to keep the Orangutan unconscious for the remaining trip to Russia. 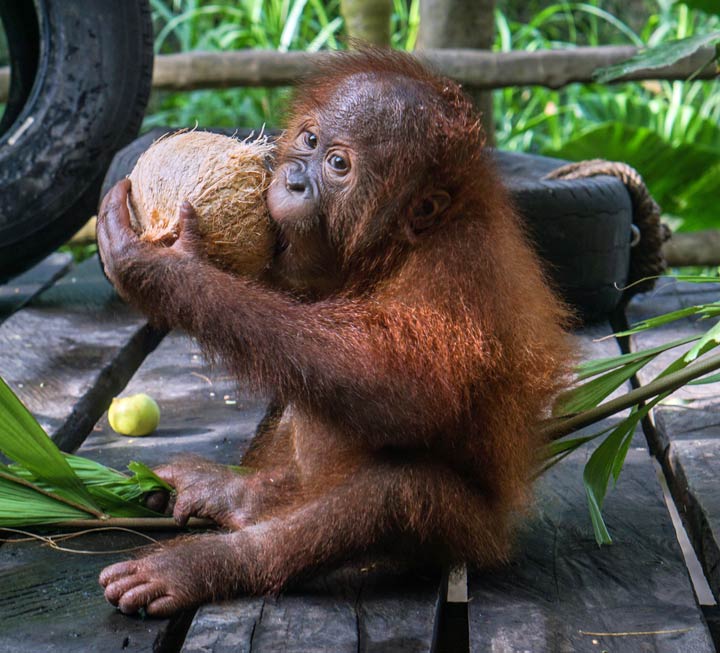 Doctors who examined Bon Bon stated that the Orangutan had a pale complexion when he was found and was suffering from digestion problems due to the administered drugs, which also resulted in an unusually large abdomen from the accumulation of gas in the stomach. It was also noted that the baby Orangutan was suffering from emotional trauma and needed assistance to help with successful integration into the wilderness.
Bali Safari Park has been appointed to care for Bon Bon while authorities investigate the criminal proceedings further. So far, Bon Bon has been gradually recovering and is being closely cared for by our Animal Keepers.