The binturong (Artictis binturong) also known as a bearcat, is a viverrid native to South and Southeast Asia. It is uncommon in most of its range, and has been assessed as Vulnerable on the IUCN Red List because of a declining population trend that is estimated at more than 30% since the mid 1980s.

Despite the resemblances to those animals, the binturong is actually a unique animal in its own right. 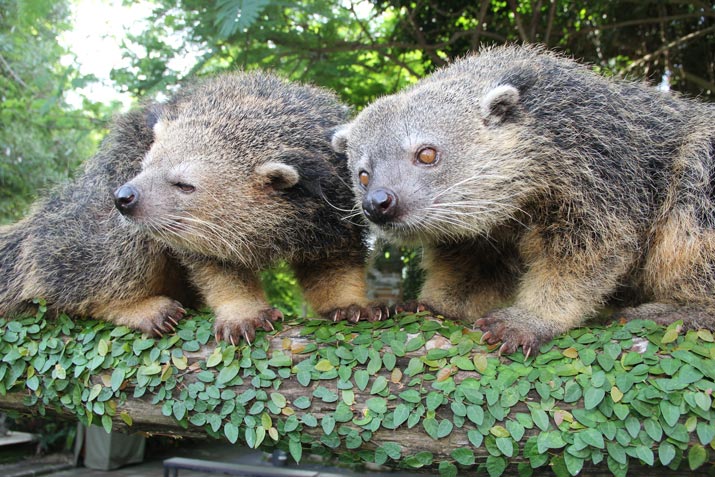 This medium sized carnivore shares its origins with the mongoose, civets and genets, that belong to the Viverridae family. The binturong is commonly known as the bearcat, even though it has no relation to either the bear nor the cat.

They are most commonly found in the wild among the dense forests of Southeast Asia. Where they are found roaming through the trees.

Binturong are equipped with prehensile tails that are almost as long as their bodies. Their tails act like extra limbs that help them climb and maneuver through the trees.

They are almost always found on the tree canopies and rarely come down to the ground. However, due to their weight and size, they cannot leap between trees. This is when they have no choice but to climb down and decide which tree to climb next.

With that said, the Binturong are excellent natural climbers. Their special tails help them stabilize their bodies as they carefully maneuver through tree branches. They also have strong feet and retractable claws that can grip the surface they are climbing with ease. 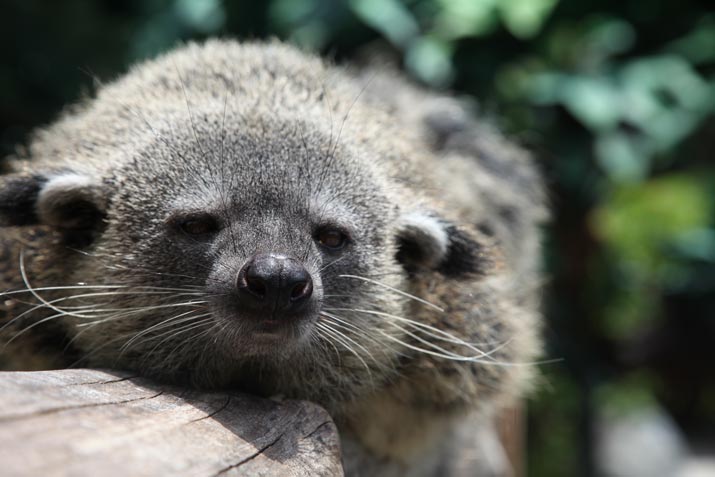 Their bodies can grow up to a meter long when measured from the tip of their nose to the ends of their tail. The females in particular are slightly larger than the males, up to 20% larger in fact.

Their exterior is lined with long, shaggy fur from black to brown in color with a dash of grey on the tips.

Despite being in the carnivore family, Binturongs actually prefer to eat fruits, plants, leaves and other vegetation it happens to find along its way on the tree tops.

They have a mixture of diet that includes small invertebrates, fish, birds and other small mammals. They are also nocturnal animals that prefer to live solitary lives.

One special thing to note is that the binturong has a special role in the forest, which is to spread the seeds from the fruits of the stranger fig in the form of their droppings.

The strangler fig cannot germinate without external assistance, hence the special relationship it has with the binturong and its importance in the forest ecosystem.

Where you can see the Binturong ?

Come see the binturong yourself in Bali Safari Park. Our highly trained staff interact with them daily by feeding these solitary animals directly.

You will find this animal on Night Safari when doing the walking safari journey and other exciting animals afterward.

There are so many endemic animals at Bali Safari Park. Let’s scheduled soon to visit us, because now we are open again!! Book tickets here.